Swarming is the colony's natural method of reproduction. All animals have an urge to reproduce, to multiply, to increase their range into suitable habitat and to increase their gene pool in the environment. Like all living things bees have a powerful evolutionary tool for expanding their range and genetic footprint.

The advantage of swarming is that the old queen gets a great deal of help from the workers in establishing a new nest site. The disadvantage is that it takes much energy investment and exposes both the old and the new sections of the colony to great risk. The parent colony is essentially queenless for a significant period of time and the new young colony (with old queen) has limited food stores and needs to find a new nest site quickly. If the forage is insufficient or the weather conditions become adverse both parts of the colony can potentially perish. The loss of swarms severely depresses honey production as a significant portion of the foraging population of the colony leaves to form the new colony.  Only large, well provided colonies swarm. African (or Africanised) bees will not swarm before the colonies reach about 25 litres while with European bees the colony needs to reach about 40 litres capacity. In both races queen rearing can begin once the worker populations have reached about 12,000 with swarming occurring once 20,000 workers are present.

The triggers for swarming are complex and it is likely that there are multiple factors. The most important of these are colony size, congestion of the brood nest, the proportion of workers of a given age and the reduction in the transmission of queen substances. However, two significant things control the cohesion of a honey bee colony. The first is the pheromone produced by the queen known as queen substance. The second is the pheromones generated by the brood. Both of these pheromones inhibit the worker bees from constructing queen cups that will later be developed into queen cells. However, if queen substance circulation becomes restricted, say because ventilation of the brood nest is poor or the brood nest is very crowded then queen rearing may be initiated. In addition, if the queen is becoming old, or was poorly mated so that her production of pheromones is reduced again queen rearing will be initiated.

Reproduction by swarming is probably one of the most spectacular and sophisticated events in the life of a honey bee colony. Once queen rearing has been initiated a well defined sequence of events takes place. The first is construction of queen cups along the bottom of the brood combs. The queen lays in these cups and the workers feed the emerging larvae lavishly with royal jelly. The development of these cells is extremely fast; depending on the race of the bee after 6-8 days the cells are sealed and in 14-16 days an adult queen will emerge.

As the queen cells develop the old queen is fed less and less by the workers. The consequence of this is that her egg production reduces and her abdomen shrinks dramatically. This slimming down is so that the queen will be better able to fly. At the same time the workers 'shake' the queen frequently - again to keep her moving and reduce her weight.  As soon as the first queen cells are sealed the first (or prime) swarm will take to the air. When a new swarm issues the air is full of the thousands of excited, flying bees searching for a place to cluster and trying to keep track of the queen. About half the worker bees in the colony will leave together with the old, mated queen. After flying a short distance the swarm clusters together temporarily in a suitable place while the scout bees find and eventually select a new nest cavity.

The parent hive is essentially queenless for some time after the prime swarm has left. It takes several days (up to 8) before the first new, virgin queen emerges from the queen cell. If the colony is still strong enough it may issue afterswarms, which are smaller swarms headed by young, unmated queens. It may continue to do this until the colony is no longer able to stand further splitting and the workers control this process. If the colony does not split any more then the workers allow the first queen to emerge to kill all the other virgin queens so she becomes the sole queen in the hive.

After a few days the queen will be ready for mating. She will leave the hive only once to become mated before settling down to head up the new colony and to replenish its stores and workers. 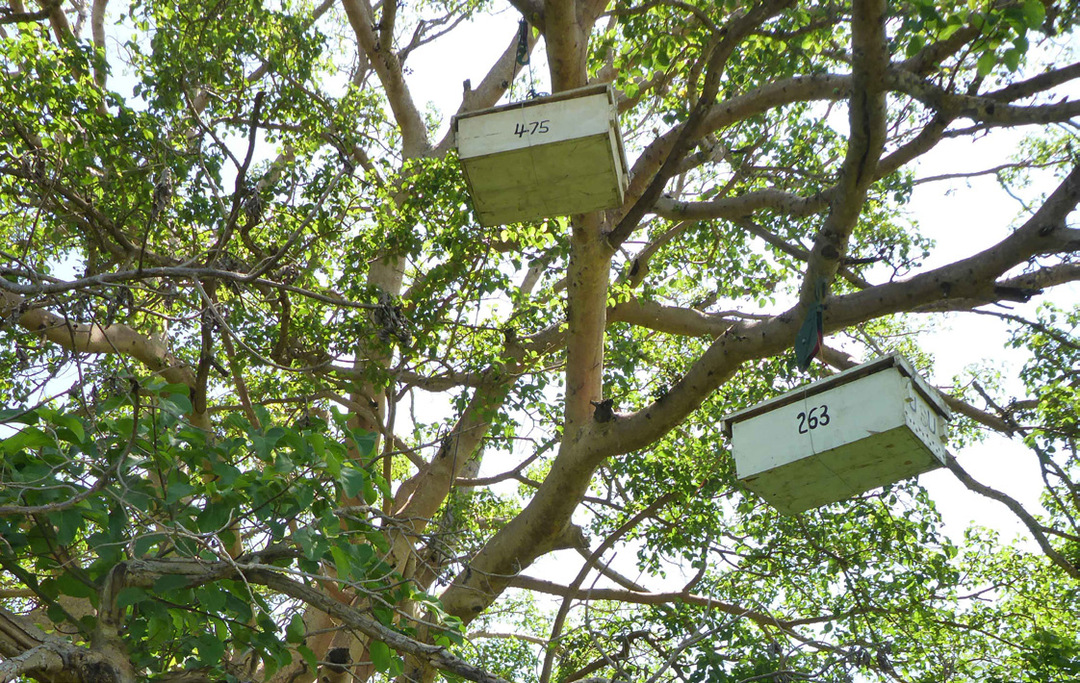 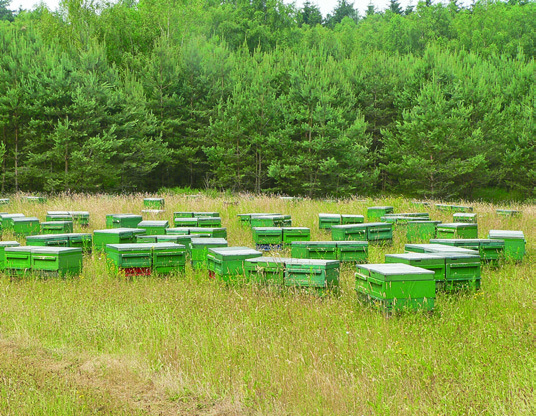 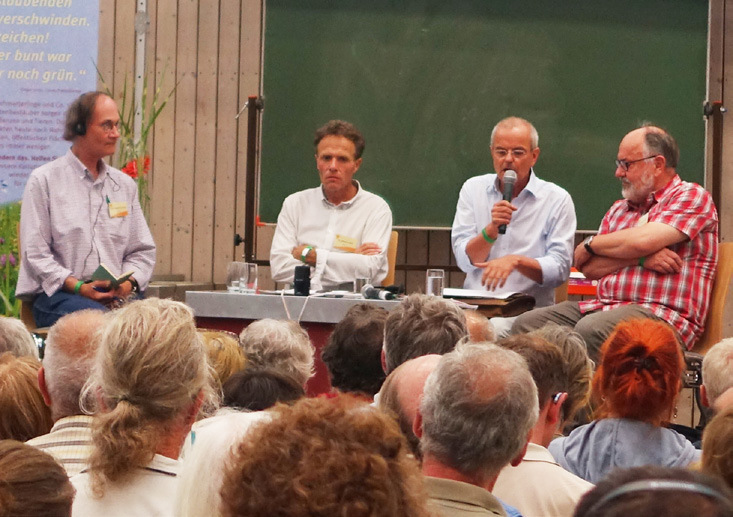