Pollution of the environment by pesticides is an increasing problem. It arises, in particular, from the development of large-scale cultivation of single crops and the increased use of exotic crops  - both requiring a great need for pesticides.  Pesticides are also often used in gardens producing food for the family and local markets.

Insecticides are dangerous for people as well as bees. Pesticides used on crops often contaminate the people using them, as well as the food and drinking water of local people. Lack of knowledge about the need for bees to pollinate many crops often results in careless use of pesticides on flowering plants, and this can harm or kill bees in a neighbourhood. The result is reduced harvests. People using pesticides need to learn about of the dangers of these compounds, and their safe use.

To minimise the danger to bees pesticides should be applied only during late evening and night. They should NEVER be applied on crops or weeds when they are in flower. Spraying a flowering crop in daytime with dangerous types of insecticides results in many bees being killed. Some honey hunters in the tropics have been known to use insecticides made for spraying mosquitoes, to kill bees. They do not know that the poison enters the honey. People who eat this poisoned honey can become very ill.

The symptoms of bee poisoning can be:

Sometimes all bees in a colony die quickly, but often the bees will survive for some time before they die. A poisoned bee colony may lose its forager bees and gradually perish. Young bees may die from eating contaminated pollen. Another consequence of poisoning can be death of the queen, or that the queen produces drone brood only. After a while this will lead total colony loss, because drones do not collect food for the colony. 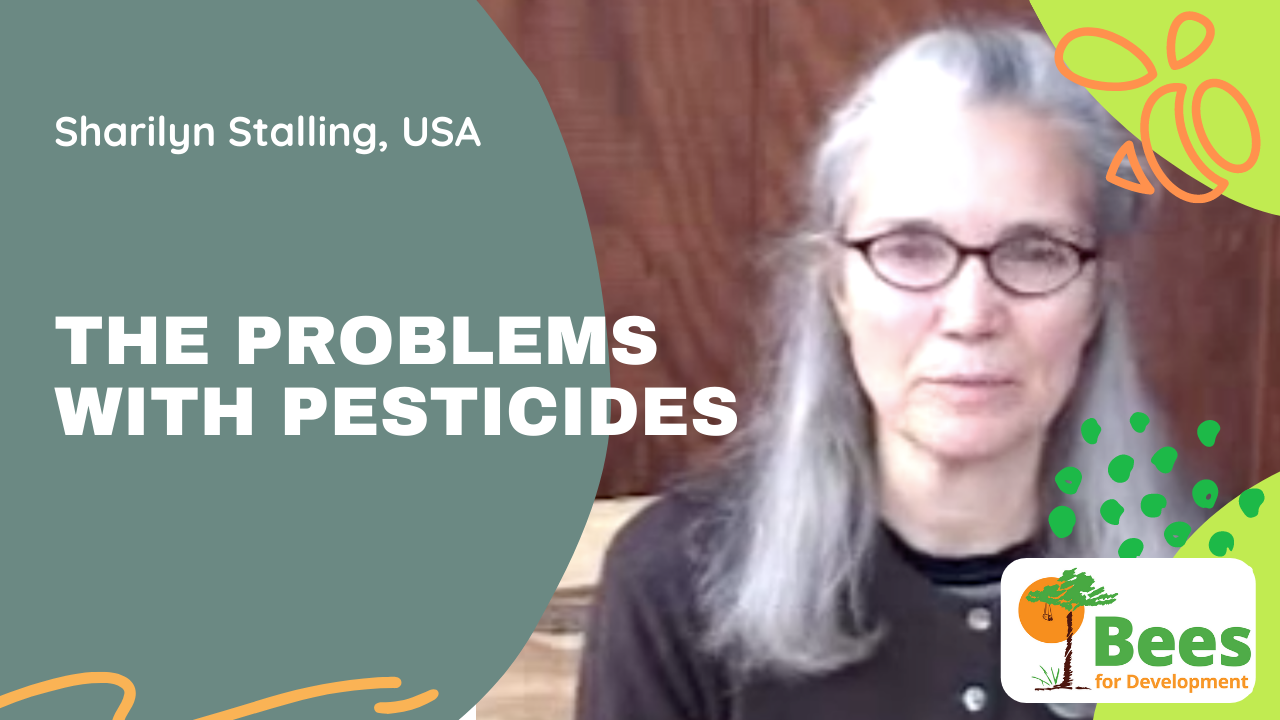 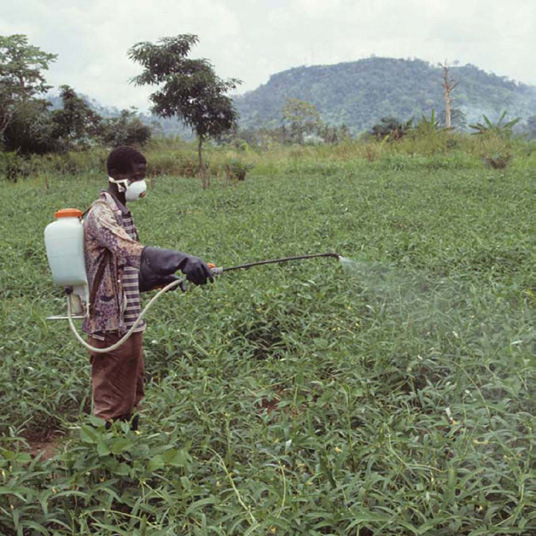 Pesticides and bees - an overview 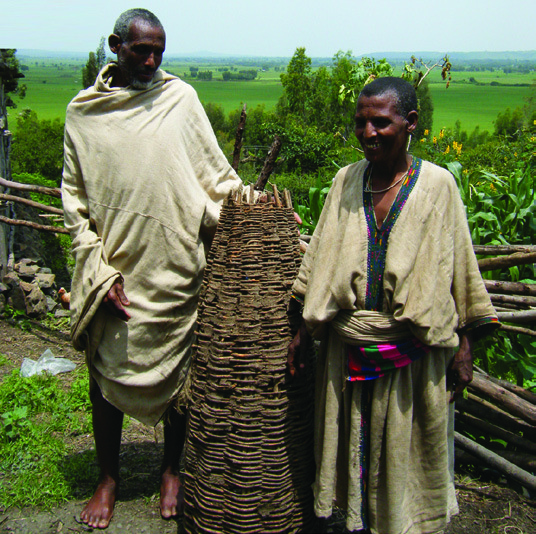 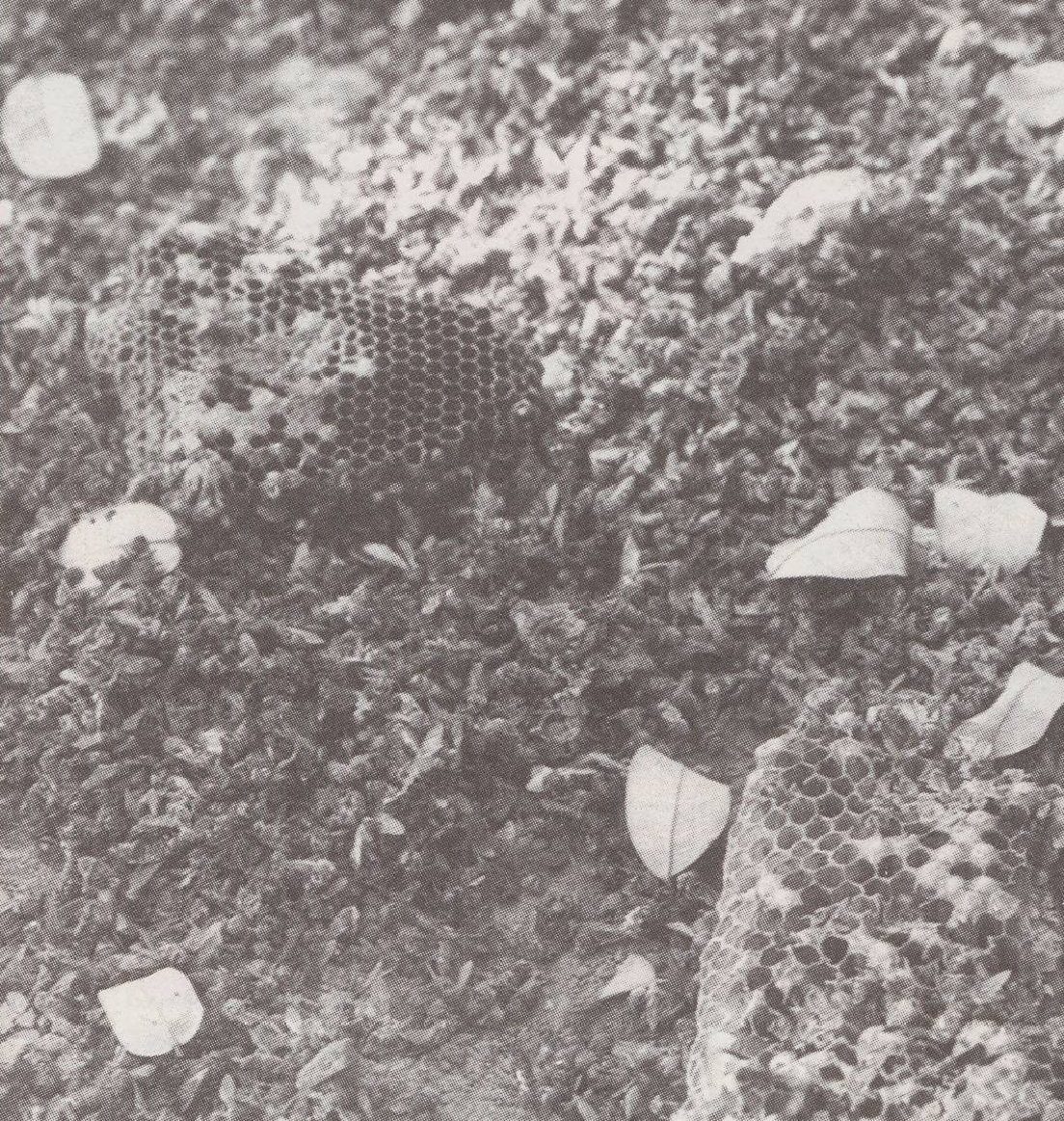