Nosema is a unicellular parasite that develops and multiplies in the cells of the gut of adult bees. It is spread by transfer of spores during mouth to mouth transfer of food between bees or when young bees clean up faecal material on contaminated combs. There are two described species of this parasite which affect honey bees, Nosema apis and Nosema ceranae. Spores of both species can persist in the colony. There are no reliable statistics about the distribution of these two parasites but the prevalence of Nosema spp. is reported worldwide. There are no specific symptoms, and there may be none showing, but the disease can be linked with dysentery (visible as faecal matter on brood comb and around the hive entrance disjointed or 'K' wings and crawling bees outside the hive (but these are also signs of some paralysis viruses or tracheal mite).

Nosema apis reduces the lifespan of infected bees, increases dearth period mortality and causes poor build-up once the bees start expanding their brood nests. Colonies can recover if bees are able defaecate outside the hive reducing the potential for transmitting infection. Spores can withstand extremes of temperature and dehydration and persist on contaminated comb often triggering further infection at a later date.

Nosema ceranae has crossed the species barrier from its Asiatic host, Apis cerana. In the UK, N. ceranae has been found to be more virulent than N. apis with a slower build up of spores but reaching higher levels of infection and increased colony mortality. Infected foraging bees die away from the hive and this continuous loss of bees reduces the food brought in to the hive until the colony collapses. N. ceranae can also be spread when foragers add nectar from their infected crops to the pollen they collect to feed to young larvae, so contaminated pollen maintains the infection during the summer.

Nosema diagnosis can be carried out using a microscope with X 400 magnification. A minimum of 30 bees are collected and their abdomens are mashed up in a pestle and mortar with a few drops of water. A single drop of the resulting mixture is put onto a microscope slide under a coverslip. The Nosema spores appear as rice-shaped grains. There is a small visual difference between N. apis and N. ceranae spores which is insufficient to allow reliable identification between species. 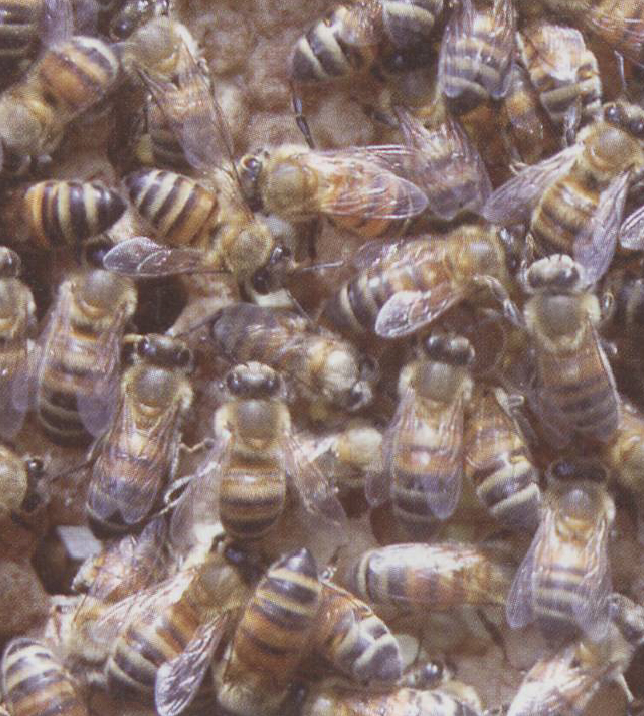